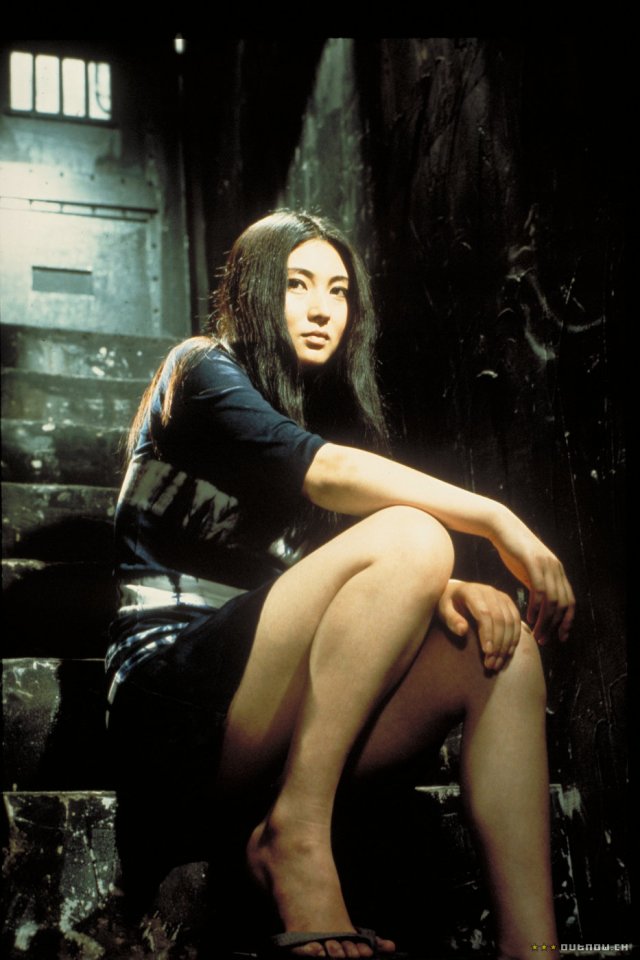 An exuberant burst of genre excess and visual expressionism, Female Prisoner #701: Scorpion is one of the most striking and exhilarating films I’ve seen recently. Starring the monumental Meiko Kaji in one of, if not her most iconic role, the film is stunningly directed by Shunya Itō. This was his first film and it is alive with an imagination and confidence in over-stylization that more seasoned filmmakers may be too afraid to indulge in.

So many frames look as if they were ripped straight out of a comic book (indeed, the series originated as a comic strip) and there are splashes of vivid colour throughout. The lighting, the blood, the sky – Itō uses all of them as primary-soaked ends of a paintbrush. Sequences explode into sudden exuberance, almost psychedelic (of the acid kind) and then ease back into a reality. It’s as if the filmmakers saw the violent set-pieces as musical numbers and shot them that way. The style is just infectious. If you ever wanted to see Michael Powell direct a down and dirty Japanese B-Movie, this is the closest you’ll get.

Also, this film is tough. Anyone sensitive to sexual violence might be better off elsewhere. The violence verges on hardcore misogyny (and many have labeled it as such) but there’s something about the endless, cruel ordeals Kaji endures that make the character all the more endearing and powerful. In my eyes, it comes with the territory. Pinky films and gritty violence were all the rage in Japan and this film smashes both ingredients together without blinking. One of my favourite scenes? Kaji seduces a fellow inmate and gives her the best orgasm ever, therefore breaking her down and revealing her true nature (she’s an undercover guard planted in there to observe Kaji’s character). I mean, come on! It’s crazy. Yes the sexual violence is excessive and maybe at times unnecessarily so, but everything here is so heightened that it feels apt. It’s a truly visceral experience.

Kaji is incredible here. Mostly mute, she holds the screen with her eyes and posture effortlessly. Scorpion deserves to be up there with James Bond and Ripley in my opinion. I love this character so much. Hearing her vocals peak in the theme song, “Urami Bushi” (of Kill Bill fame), your heart just soars for this woman and her tale of vengeance. Shout it loud and shout it proud: “Sasori!!!!!”