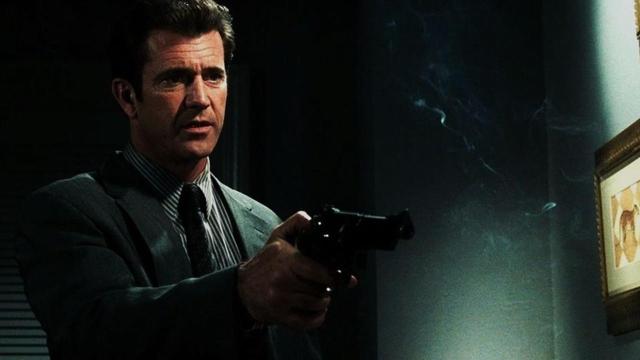 The original Payback was one of my most beloved VHS tapes in my pre-teen days and I always remember it fondly. Mel Gibson was my favourite movie star for a long time and even now I find most of his pre-controversy performances extremely charismatic and engaging. Since everything went to shit for him he seems to carry the weight of the world on his shoulders. This might be the last quintessential Mel Gibson performance we got and his turn as Porter remains one of my favourites in his expansive rogues gallery.

Payback: Straight Up – Helgeland’s recut version, reinstating his original vision for the film – is leaner and more cynical than Gibson’s theatrical cut. It is truer to the source novel (it’s based on the same book that inspired Point Blank) and is far more noirish in its sensibilities yet it lacks a certain punch. I actually prefer the original cut and find Gibson’s additions – the voice over, desaturated colours, comedic flourishes, bombastic score and differing third act – improvements over Helgeland’s choices. There’s nothing here anywhere near as memorable as the hammer sequence in Gibson’s cut. Helgeland’s version might be more cerebral and intelligent, but the original Payback is far more entertaining and visceral. Most seem to prefer Helgeland’s cut but not me. Maybe my opinion would differ if I saw them in alternate order, but I think the original film is so burnt into my conciousness that to see it any other way just feels wrong.

Payback isn’t even an especially great film in either incarnation and I haven’t seen it in any form for well over a decade yet I could still remember it practically word for word. Isn’t it funny how the films you loved as a kid never really leave your memory? I’ve seen countless greater films many times in the subsequent years yet I can’t quote them as effectively as I can this. That sounds like a party trick: “I’ve seen The Third Man five times but I can quote every line in Mel Gibson’s Payback“