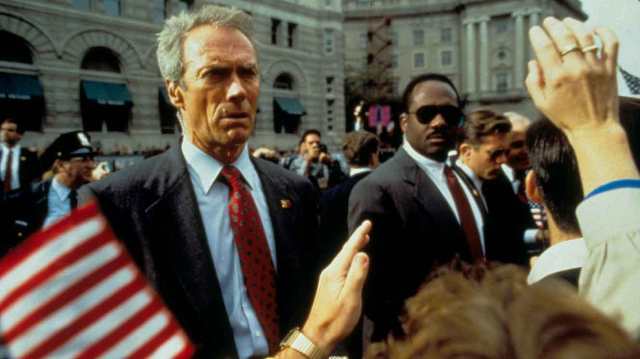 Watching In the Line of Fire in 2016 had me thinking what acclaimed thrillers of today will hold up in twenty years. This movie was critically acclaimed and even received multiple Oscar noms but now feels incredibly dated and hampered by 90s filmmaking tropes. Everything looks so flat and artificial and Morricone’s score is far from his best. The only thing holding it up are the performances. Eastwood is clearly having fun with the “Mean Old Man” persona he indulged in heavily from the 90s onwards and Malkovich does the classic Malkovich thing as the nutball assassin. Maybe his performance was more revelatory in ’93 (he got an Oscar nom) but today it feels rather characteristic which isn’t to take away from how entertaining it is. One thing I do love about the 90s is that it gave us a lot of Rene Russo. She looks fabulous here and holds her own against everyone on screen even if I didn’t for a second buy her romance with Eastwood. But this is ’93 where a strong woman had to absolutely positively double up as a vulnerable love interest. Ugh. But yeah, the film is alright though thank God the political thriller has come a long way since this was released.

This entry was posted in Movies Watched In 2016, Reviews and tagged Clint Eastwood, In the Line of Fire, John Malkovich, Rene Russo, Wolfgang Petersen. Bookmark the permalink.