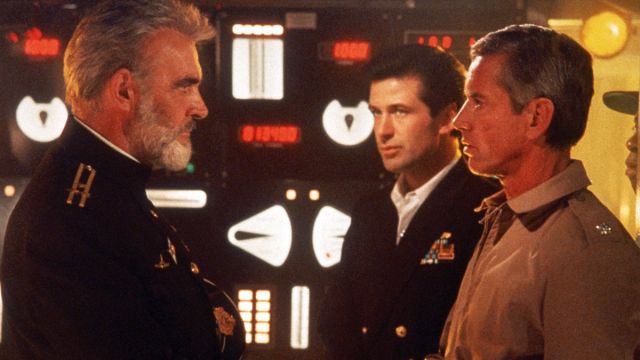 A muscular procedural thoroughly heightened by McTiernan’s piercing, prowling sense of space as well as Jan de Bont’s remarkable skills with light and shadow. The chess-like plotting and limited locations threaten to become tedious at several points making the film feel overlong here and there but the filmmaking and performances push through. Alec Baldwin, for instance, manages to make his reams of dry, term-heavy dialogue actually interesting and alive. Connery gets the meatiest role, though I would argue that his “villain” is perhaps a bit too likeable to be completely effective, and the confusing mix of attempts at Russian accents (Connery’s is non-existent, Sam Neill’s is pretty good) is distracting at best. As a mostly physical exercise in sustained tension which aspires to combine blunt action and psychological warfare with claustrophobic atmosphere, this has aged wonderfully. Very much a film of its time, but one which has taken on a certain level of sovereignty given the high calibre of talent and craft involved. Between Predator, Die Hard and this, McTiernan really had one hell of hot streak.