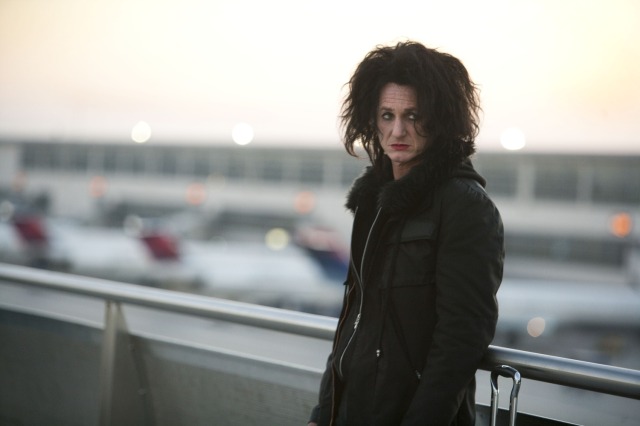 This spends a lot of its time, too much time I suspect, amusing itself with the image of Sean Penn dressed like Robert Smith. However, as Cheyenne, Penn’s slow, mild-mannered rhythms soon become patience-testing. Yes, that’s the point, but as far as unconventional movie leads go this one comes dangerously close to being insufferable. The film works best not as a piercing, heartfelt character study with an off-kilter sense of humour, but as a sad jaunt through a bunch of outskirt-America hot spots – dive bars, motels, trains – and a flipbook of ace character actors putting in fleeting performances. Frances McDormand, Harry Dean Stanton, Judd Hirsch, even goddamned David Byrne, all steal the show whenever they are on screen. The film feels a bit too tangental for its own good as a result – granted I did watch the extended cut – as if Sorrentino was too precious about killing his darlings. Maybe a streamlined, less rambling and less episodic version of this story would have more impact.

I’m a huge fan of Penn as an actor and while I don’t think he’sthe problem here – it’s the entire concept of the character which falls flat – this supposedly revelatory performance landed like a bit of a failed experiment for me. I haven’t loved any Sorrentino movie I’ve seen to date, but I can definitely recognise he is a filmmaker with a voice and a sensibility, it’s just one that doesn’t work wonders for me.