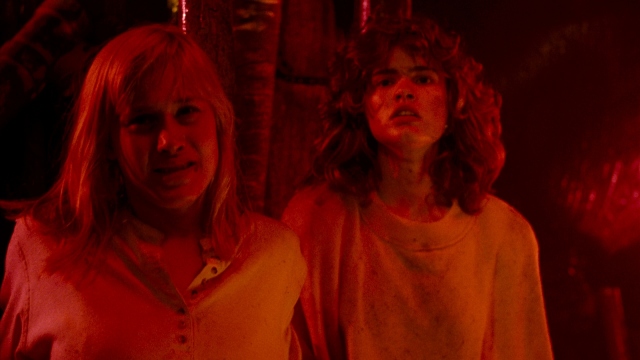 I’ve lost count of how many times I’ve seen this but it somehow seemed a lot cheaper and rougher than I remember this time around. Still, it’s a terrific course-correct that gets the series on sure footing after the muddled and confused Freddy’s Revenge. Without Craven’s input you can tell they had no idea what the rules of this concept were but Dream Warriors, boasting a “story by” credit from Craven himself, sorts all of that out something fierce.

The character-focused nature of this one, being about a group of suicidal teens, means it actually has something to say. Inventively directed by Chuck Russell and heightened by the terrific cast, given added continuity to the original by Langenkamp and Saxon returning, this is all-around a damn good time. Pretty good dose of Freddy too. It builds on his mythology with Englund peppered in with just the right amount of frequency. His performance still tuned to the sinister and mysterious for the most part too, which helps. Near enough the only traditional Nightmare sequel that lived up to the promise of the original whilst also expanding on Craven’s themes and ideas. Not hard to see why it’s a fan favourite. Even Angelo Badalamenti jumped on board the Freddy train with this one. Welcome to prime time, bitch!