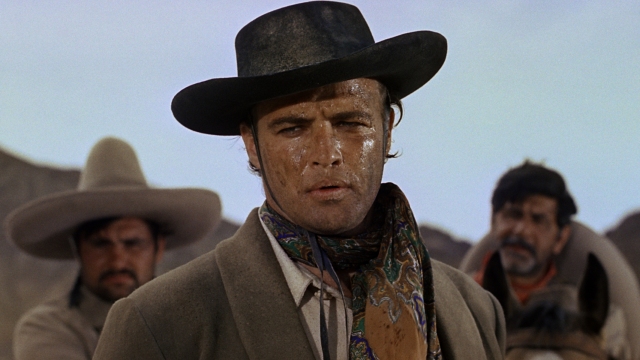 While One-Eyed Jacks has the grandeur and elemental framing of a big-budget American western, its concerns and tempo feel unmistakably European. It presents itself as a revenge flick, but actually unfolds like a sweeping melodrama. This is far more interested in the interplay and emotion of human relationships than any old-fashioned gunplay. Brando, as expected, is excellent but this has the added novelty of showing off an excellence behind the camera as well as in front of it. It is shot and cut with real purpose and thematic depth.

After famously passing through the hands of countless heavyweight filmmakers such as Sam Peckinpah and Stanley Kubrick before Brando himself decided to plant himself in the director’s chair, what could have easily been a bloated vanity project is actually a pretty accomplished piece of work. It joins Charles Laughton’s The Night of the Hunter in the pantheon of great one-and-out directorial efforts by legendary actors.

This entry was posted in Reviews and tagged 1961, Karl Malden, Marlon Brando. Bookmark the permalink.