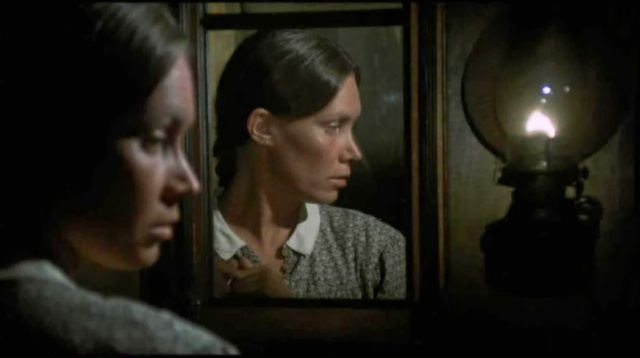 Peter Fonda used his Easy Rider cred to make this, a woozy and poetic western that forgoes the grit and violence of the day to tell a human story that’s more about heartbreak than gunshots.

Shot by the great Vilmos Zsigmond and edited by Performance editor Frank Mazzola, the first thing that strikes you about The Hired Hand is its expressionistic style. Fonda utilises extended dissolves to transition from one image to another and lets the twang of Bruce Langhorn’s guitar do most of the talking, often cutting overlapping images to long stretches of his music like some sort of country-western pop video. All this, combined with Zsigmond’s soft, dusty photography, results in some pretty extraordinary pictures.

It’s unmistakably a 70s movie in the way it feels experimental with mainstream ingredients. Not only have you got Fonda directing and starring, but also Warren Oates, an actor whose face and cadence defines the 70s ethos more than most. On the other hand, the mournful tone and softer male characters make The Hired Hand feel like a weird anomaly among other 70s westerns. Fonda and Oates both subvert their masculine image to play characters who are trying to live up to theirs.

Fonda is curiously feminine here, playing a wounded man dealing with his wife, played by Verna Bloom, being unfaithful while he was away. But her infidelity isn’t treated as a betrayal, it’s more complex than that. The film explores her decisions and actually challenges the idea that a woman must be forever committed to one man, despite him being believed to be dead for many years. The film’s stand out scenes feature Bloom facing down her male co-stars, explaining a woman has needs just like a man does and proudly standing behind her actions, refusing to be judged for them. It’s about men who need the warmth of a woman to feel alive, and how that gives the women of this world all the power despite appearances portraying the opposite.

The film unfolds more like a mosaic or a tone-poem rather than a traditional western, and any semblance of plot is slight. When violence does erupt it’s over fast and usually followed by more montages and guitar strumming. As far as comparisons go Fonda’s film has more in common with lyrical character studies like McCabe & Mrs Miller or The Assassination of Jesse James than The Wild Bunch. The film creates a soulful ambience that marries both the realist and mythic tropes of the western genre in a very unique way. The open-wound performances are all stellar and those cross-dissolves will leave you swooning for days. The Hired Hand is an unusual film that may have faded into obscurity somewhat, but is nevertheless stylistically and thematically fascinating.