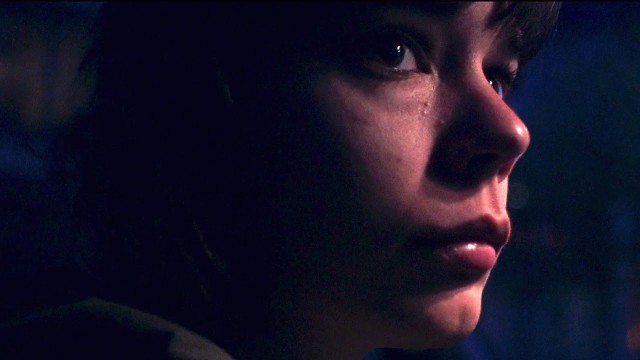 Victoria is something of a catch-22. On the one hand its all-in-one-shot gimmick heightens a rather generic thriller into a real-time feat of technical bravado. On the other, the film becomes frustratingly long-winded and meandering where it should be brisk and sudden. We have to walk from location to location, sit through tedious car journeys and generally wait for the cameraman to keep up with the characters until something is allowed to happen. Were this a 90-minute movie with smaller square footing, I think it would have been more effective. At 140 minutes it feels punishingly drawn-out.

That being said, this is still an ambitious undertaking with an admirable emphasis on character and romance. As the action is mostly limited to frenzied foot chases in the final act (assisted by some dodgy CGI gunfire), I suspect director Sebastian Schipper’s primary motivation for shooting it all in one take was either A) to give the film an irresistible marketing hook or B) to experience the budding relationship between Victoria (Laia Costa) and Sonne (Frederick Lau) in real time. These two only spend one long, hectic, tragic night together but, to quote Sarah Connor, they love “a lifetime’s worth”. At one point the unconventional pair are forced to pose as a married couple with child in order to escape police custody. The visual metaphor is hard to miss. Perhaps if Victoria and Sonne met under different circumstances, they would have no need to pretend. It’s a cheeky glimpse into the road not taken and a possible alternate version of how their lives may have panned out.

Despite the technical acrobats (which, frankly you forget about after a while) the real star here is leading lady Laia Costa. As Victoria she is incredibly watchable and authentic. You might wonder why her character makes stupid decisions but her performance really sells every choice she makes. She comes across as human and impulsive rather than dumb and incompetent. The camera might be in a constant flux of motion and adjust but thankfully the lens always finds its way back to Costa’s face. She really anchors the film and makes the bloated running time easier to digest. (Also did anyone else think she looked a hell of a lot like Bjork?)

I wish this film was better. I’m not sure the one-shot gimmick works in its favour – it never feels like anything else but that: a gimmick. I admire the ambition but I feel that the aesthetic approach hinders the story more than enhancing it. It feels like a film that’s screaming out for a breakneck pace. There were countless times when my finger was itching towards the fast-forward button just to hurry things along. It’s a film that tested my patience more than rewarding it. Luckily, the acting work and central characters kept me intrigued to see the outcome, even if the ultimate ending isn’t much to shout about. Worth a one-night-stand but when it comes to long term pleasures, Victoria is a bit of a blank.